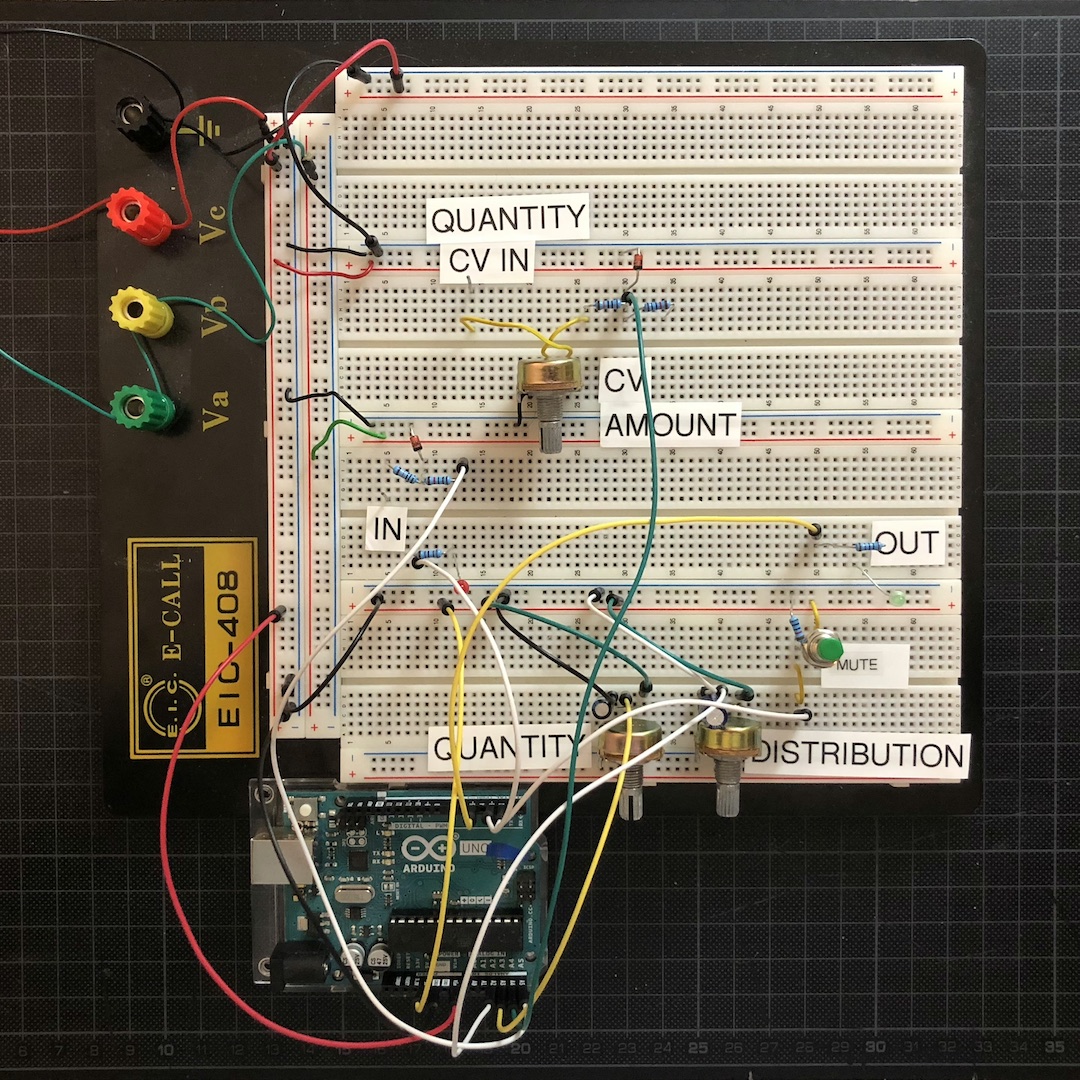 I’ve heard, especially with Lady Starlight, that techno tracks get more interesting when the bassline hits in triplets (3 beats), quintuplets (5 beats) or septuplets (7 beats). In contrast, the songs from my techno rack have always been relatively linear in this respect. That’s why I build this Clock Multiplier. The main inspiration is Befaco’s Burst, from which I took the terminology for quantity and distribution.

In the first step I implement the idea with an Arduino as a prototype, so I can quickly test the handling and features on the rack.

As a follow-up version, I’m building it around an ATMega, i.e. without a pre-built Arduino, making it much cheaper and space-saving. 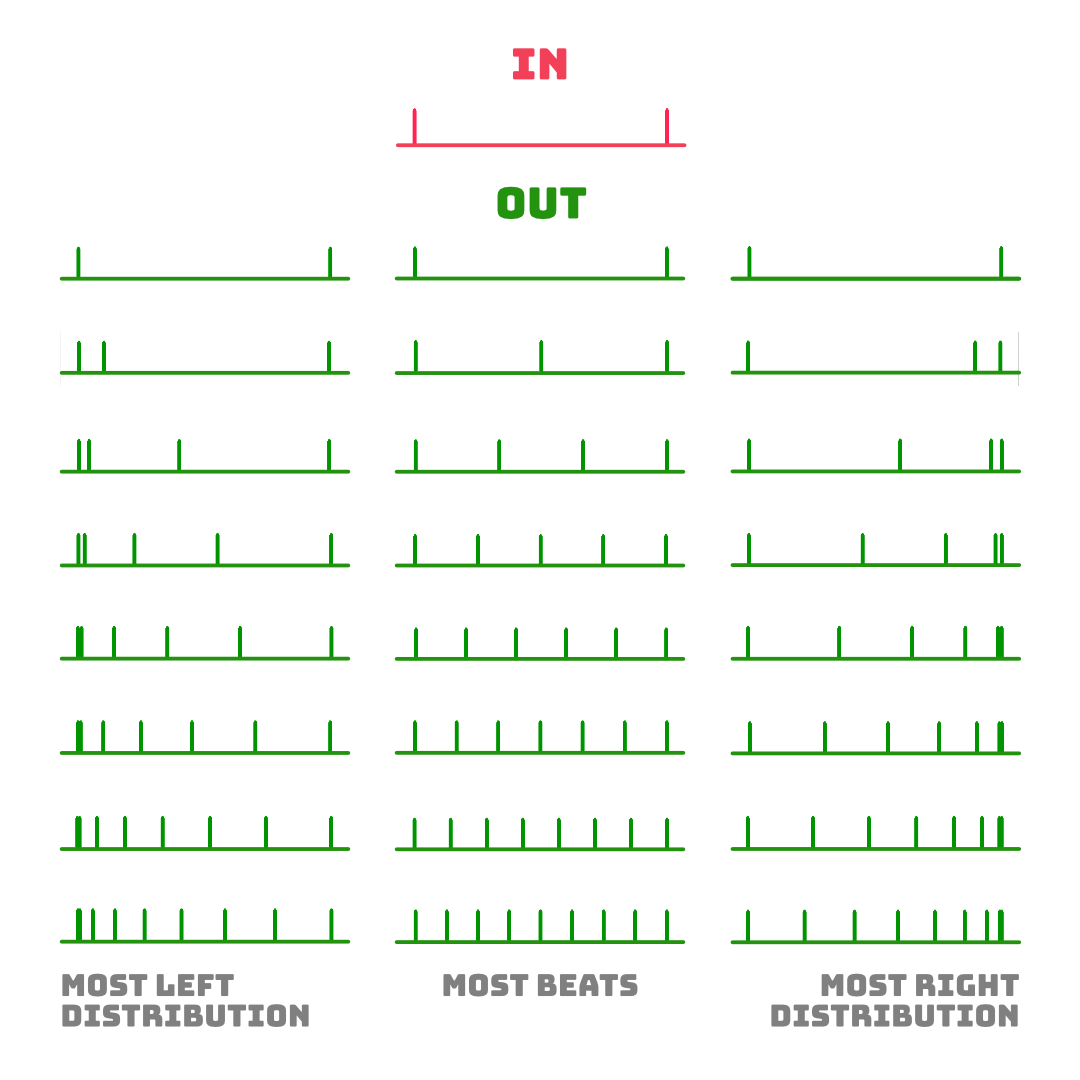 What’s new? Built around an ATMega 328p and brought to PCB level.